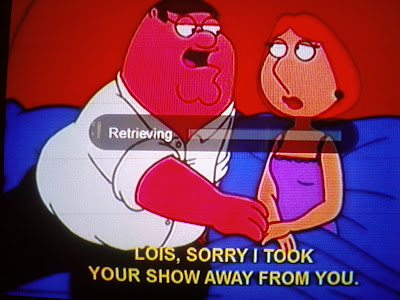 I remember vaguely when "Family Guy" came out that there was a small audience who really enjoyed the show, but not enough to keep it on the air. After cancellation, it was picked up by Cartoon Network's Adult Swim (possibly when they had the senior citizens swimming in the pool theme happening between shows at the time). It must've blown up in syndication because Fox decided the renew the show for the next ten (!) years. I'm not sure off the top of my head what other tv shows have been thawed out of the morgue before their final resting spot. I recall when "Family Guy" was considered a "Simpsons" clone. I think its almost a parody, or just coincidental in the choice of of having a baby, middle sister, older brother, a dog, ignoramus father and "hot" mother. Hmm.....
I usually watch this before I go to sleep at 10pm, but lately my TV seems to only get 3 channels. I still hate the analog to digital switch. Completely stoopid.
Posted by Machine Gun Kristin at 9:39 PM 0 comments 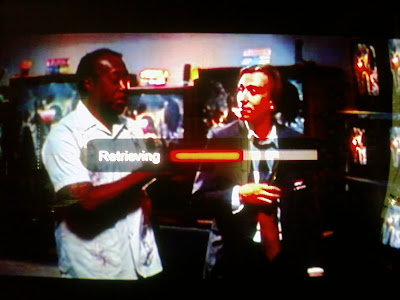 "Bodies, Rest & Motion" is really crappy movie. I didn't even finish it. The only highlight of this movie is when Tim Roth is driving drunk while listening to "Pushin' Too Hard" by the Seeds. I think that was the first time I heard the Seeds used in a film (they're also used in "Secretary").

At the moment, I'm off from work due to a cut schedule and am building our online store by scanning and editing pictures. Times are tuff. I'm watching random movies as background more or less.
Posted by Machine Gun Kristin at 11:43 AM 0 comments 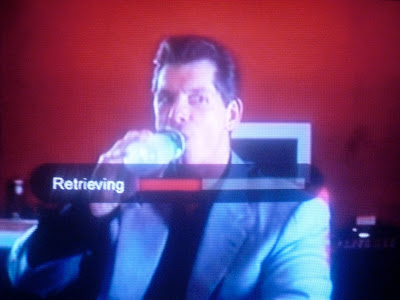 Beyond The Mat  is a really interesting documentary about the WWF. When Vince McMahon (pictured) reveals a buff bare chest in this it was quite a fright for me. Yikes. Jeffrey (my fiance) and I have found classic wrestling VHS tapes at thrift shops with greats such as The Bruise Brothers and Hacksaw Jim Duggan. Apparently those tapes are valuable. I tend to collect VHS tapes that look strange, not on DVD or just might be good.
Posted by Machine Gun Kristin at 10:06 AM 2 comments 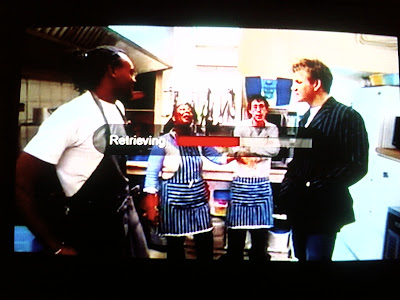 The American version of this show is made for idiots. The way they edit the show is insulting to one's intelligence. Are European audiences that much different than American ones?

This is the "Momma Cherri's" episode. It's funny that she has to explain to the British what Soul Food is. I wonder how many Americans live over in the U.K.? The "Soul In A Bowl" platter that Ramsay comes up with looks soo good.
Posted by Machine Gun Kristin at 8:12 AM 1 comments 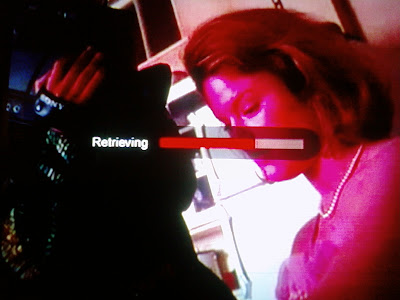 "Loaded" indeed.
"Loaded" is a painfully slow, not nearly as good blender of "Last House On The Dead End Street" with the drug use and movie-making, maybe a little "Last House On The Left", "Creepshow 2" ("The Raft" segment), "Cabin Fever" (which I hate with a passion), mixed with this tragic true story that just occurred in Orlando:
Police: Woman killed boyfriend with motorcycle after drinking at bar

It's definitely not as good as it sounds.
Posted by Machine Gun Kristin at 7:45 AM 2 comments 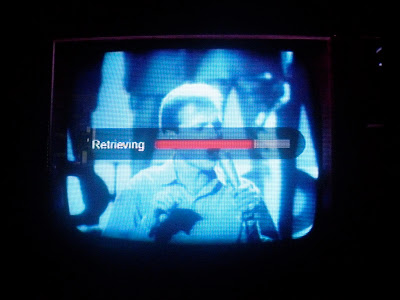 Its funny taking a picture of your TV, with a TV on it. Too bad there isn't a "1960s teen dance show" trend like there was in 1987-88 with this film and "Hairspray". This is a cute movie. Arthur Conley is TUFF.

UPDATE:
The "Dance Off" scene towards the end between Donovan and Jennifer Runyon's boyfriend is soo laughable. Also, I always hate it when films about the early to mid sixties ALWAYS discount loud crazy rockin' R & B/Soul to make way for intellectual stylings of Bob Dylan. Nothing against Bob Dylan, but its apples and oranges. Arthur Conley and the Contours aren't anywhere near second class citizens to the "new" folk trend that swept in at that time. This is also depicted just about the same way in the film "The Wanderers" and also again features Bob Dylan. "The Wanderers" is a great movie, but so is the book by Richard Price which is much filthier than the film from what I remember.
Posted by Machine Gun Kristin at 7:33 AM 0 comments 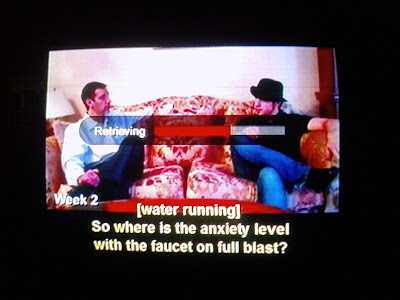 Posted by Machine Gun Kristin at 5:43 AM 4 comments

Email ThisBlogThis!Share to TwitterShare to FacebookShare to Pinterest
Labels: Obsessed 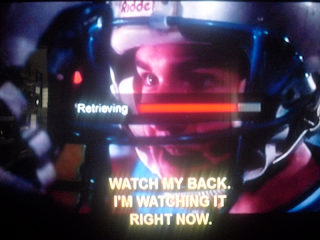 I fell asleep during "Angus". I don't recall the last time I saw this movie. It may have been on video because I'm pretty certain I didn't see it in the theater. I did see the trailer for it and remember kids expressing their excitement over hearing Green Day being blared through the movie theater speakers. That's James Van Der Beek as the football playing-gets-everything-he-wants-jock. Not too much of a stretch for him considering his lame acting career. Sorry James, I never sat through an episode of "Dawson's Creek" and "The Rules Of Attraction" sucked big ol' balls. I think Bret Easton Ellis needs to get better directors to adapt his novels. "American Psycho" is a brighter spot in that series of gawd-awful movies Ellis originally penned (superior versions I might add, but that's a given with book to movie transformations).

Anyway, back to "Angus". It has not been officially released on DVD. You can order it from Amazon though because it is part of Warner Bros' Archive series where they make to order hard to find films with unfortunately no special features. They mostly have really bizarre made for TV movies that I really want to see like "Bad Ronald". Its strange to me that a film so recent (1995) such as "Angus" could get lost in the shuffle, but it is a mediocre one albeit with a small cult following. I love anything coming of age as much as the next person, but this movie always kinda rubbed me the wrong way. To be fair though, I'm going to have to view it again (now as an adult). I'll probably include an update whenever I have a chance to rewatch it.

Case in point, I applaud, or really cheer my head off at Netflix's decision to include rare, non-DVD, possibly on VHS films in their streaming service. It's genius. I only wish they included more (such as "Rolling Thunder" which is now "unavailable").

UPDATE:
I re-watched this, and you know what? "Angus" STILL sucks. Maybe its due to my hatred for Green Day?
Posted by Machine Gun Kristin at 8:16 PM 1 comments