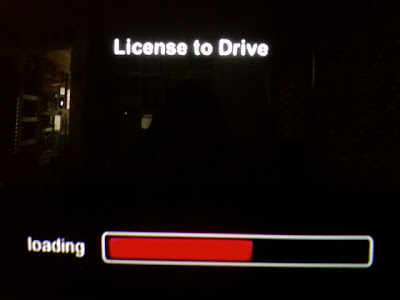 After the change in the software for Netflix for Wii, I didn't know what to do about this humble blog. The entire concept was blown, its one topic status up in the air. So, I figured I'd roll with the punches and just fake my way through despite Netflix's changes. I can't knock them because the software is much faster than its predecessor. 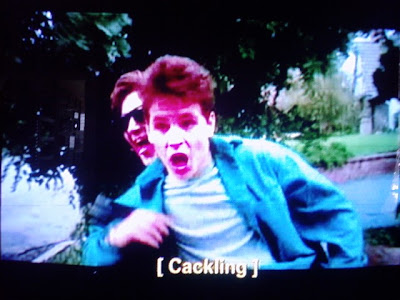 I make buttons for bands, artists, etc so I watch TV a bunch when I'm working on them. I even have another blog dedicated to that. I can't remember who I was making pins for, but I decided to watch "License To Drive" after not seeing for a long time. It was once a cable TV staple, receiving airplay pretty frequently. 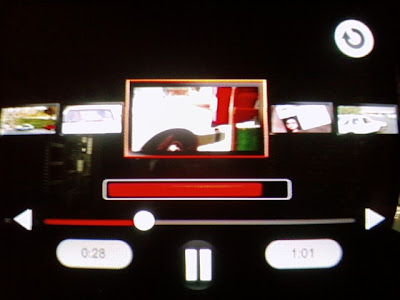 The movie definitely doesn't hold up. I read a few reviews, (I'll research a movie after I've watched it usually) and they mention the second and third act of the movie sorta fizzling out. Very true. I wondered if maybe there were some jokes I didn't get watching it when I was younger that I might understand now that I'm 29, but there weren't too many. I guess maybe the exaggerated portrayal of drinking I understand more since I probably wasn't at the legal drinking age last time I saw it. 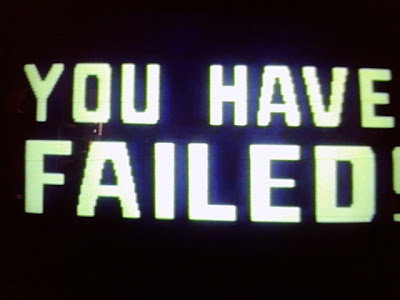 It was interesting to recognize some of the actors. For instance, "Fresh Prince Of Bel Air"'s James Avery as Corey Haim's (who was only 38 when he died) DMV passenger with a hard on for burning hot 7-11 coffee in a styrofoam cup "filled to the brim". Also, Michael Manasseri as the Corey's nerdy 3rd wheel, but I remembered him as Wyatt on the TV version of "Weird Science". I used to watch that on USA when it aired. Right after that, we'd change the station to the local channel, 16 (which I think was WMFE or PBS) and they aired "The New Twilight Zone" with the theme that scares the hell out of me. I talk about that a little more in my button blog. Also, there's Heather Graham as "dream girl" Mercedes. She did "Drugstore Cowboy" after this which I haven't seen in forever, but I remember Matt Dillon yelling at her to never put a hat on a bed. 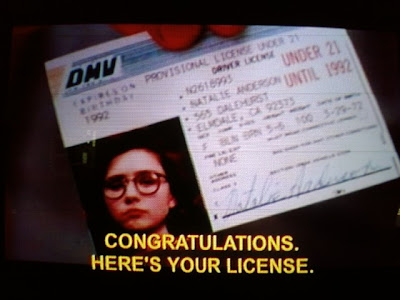